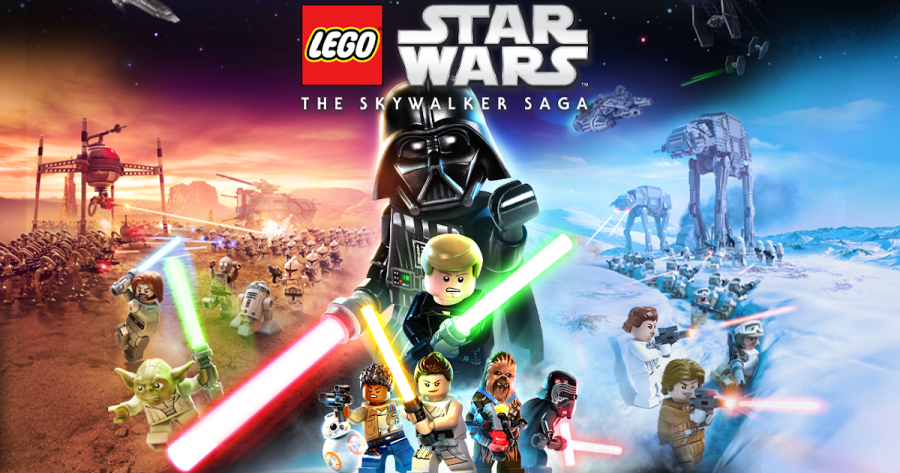 Around Landrum there are many people who has been playing the new video game LEGO Star Wars: The Skywalker Saga. This game released on April 3rd,2022. It is a single player or co-op game that you can play with your friends or all by yourself. Many people have really enjoyed the game but other not so much. Joe Serino said, “I really like how the game incorporates all the episodes of the Star Wars sequel.” Another student Wyatt Fisher says, “It is a very fun game, and I can see myself spending many hours playing the game. So, all of that is a lot of positive feedback for the new game regarding the Lego Star Wars Game. The episodes go in order starting with Phantom Menace where you start on the planet of Neimoidia, then you travel to the plant of Tund which you meet Ben Quandnoras. Next, you go to the planet of Malastare. There you help the Rebellion in their effort to defeat the Empire.

Once you complete the 1st episode you move on to episode 2 Attack of the Clones you travel to the planet of Coruscant where you talk to the Jedi Orders of Conflict. Then you go to Naboo which you then take a Star Fighter. There you stop an assassination attempt on Padme Amidala. After you chase down the hitman you find out who hired her and find Jenga Fett on Kamino. After you find him you move to the planet of Genosis where you are captured and have to defeat the monsters acklays, nexus, reeks, and mongworst. There you save Senator Patame where and defeat the clones which has then begun the Clone War. Lastly you must complete the battle against old Jedi Knight Dooku. Once you defeat him you then complete the episode.

After you have completed that episode, you move on to episode 3 which is Revenge of the Sith. You start out on the planet of Coruscant. There you vote in the senate and help save the planet. The commander of the Droid Army, General Grievous, kidnaps Chancellor Palpatine. The Jedi send Anakin and Obi-Wan to rescue the Chancellor. Once they get back from rescuing the Chancellor, Anakan figures out that the Chancellor is the leader of the empire. But he turns on the rebellion and becomes Darth Vader. Then Darth Vader and Obi-Wan battle and Obi-Wan wins but Anakin escapes alive. Unbeknownst to the Empire, two droids, C-3PO and R2-D2, escaped with the plans and have landed on the desert planet below. They are purchased by a farmer named Owen Lars and his nephew, Luke Skywalker. R2-D2 escapes from Luke’s custody to search for someone named Obi-Wan Kenobi. Luke follows the little droid, and after a tussle with some Sand People, they find the one and only Obi-Wan Kenobi. Obi-Wan lays down some truth on the young Luke, telling him about his lightsabers, the Force, and Luke’s father’s fate.

Imperial stormtroopers, having picked up the droids’ trail, locate and murder Luke’s family. With no ties to the planet, Luke agrees to go with Obi-Wan to Alderaan and learn the ways of the Force. At Mos Eisley, they charter a ride with Han Solo and Chewbacca, crew of the Millennium Falcon.

Flying the not-so-friendly skies, the Millennium Falcon evades the Imperials and makes the jump to lightspeed. When they come out of hyperspace, they learn that the Death Star has destroyed the planet and—despite their earlier escape—they’re captured by the Death Star.

As you keep defeating the episodes you will then finish the game and then you can explore the galaxy. That is called Galaxy Free Play. You can redo the entire game if you feel like it.

Spoiler Alert: I really enjoyed playing this game. My favorite part was episode 3 when you play as Obi-Wan and battle Anikan before he becomes Darth Vader. He then says, “It’s over Anikan I gave the high ground.”