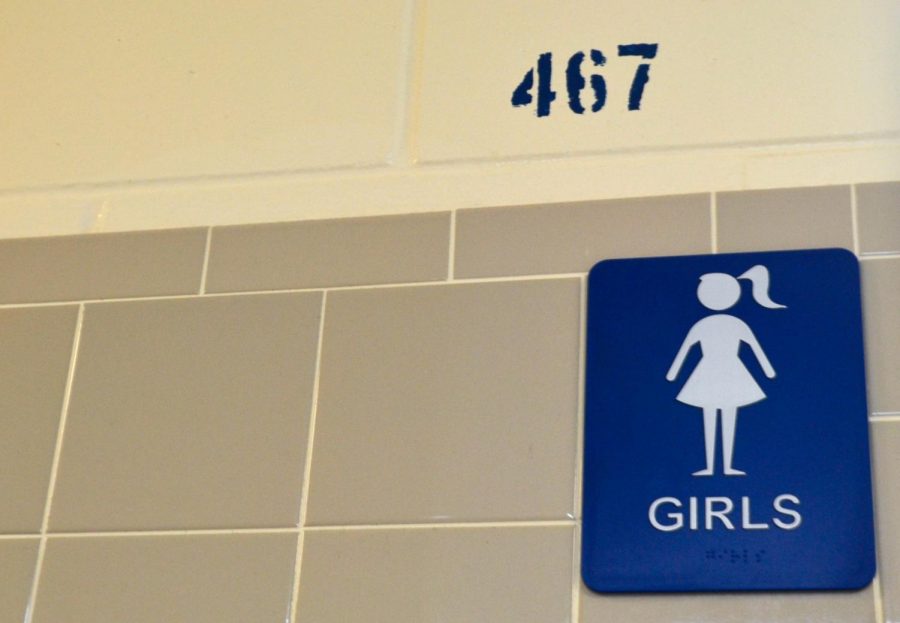 Landrum Middle School has a reputation for many great things. However, pretty much every student here at LMS can agree that, our bathrooms don’t really have the best reputation. There are many things that Landrum students would like to change about the bathrooms, such as adding doors to the hallway bathrooms, being able to use paper towels instead of hand dryers, fixing the cracks in the doors, and more mirrors. 8th grader, Julia Macpherson even agrees she, “ would change the size of the bathrooms, and fix cracks in the stalls.” The cracks in stall-doors are around a ½ inch wide, making it easy for others to peer inside the stalls. Also, Zeta Washington says, “I would change the crack in the doors, the toilets don’t flush every time, and I’m usually standing at the hand dryers for a long time- and after all that time, they still don’t work.”

Along with privacy issues, whenever the bathroom line gets long, there is nowhere to stand. The line usually ends up expanding into the hallway and blocking traffic. Sarah Peterson, an eighth grader, comments that “The halls are already crowded enough, it’s too much when the line blocks everyone too.”

Some students completely avoid using the bathroom at school. Chloe Goode, in eighth grade as well, says “I don’t even use the bathroom here. I feel like I’m being watched.” This is clearly an issue if students are refusing to use the bathrooms here.

In addition, students have started to walk across the school to use the one bathroom with privacy. 7th grader Kayla Mcinerney says, “I go to the bathroom with the doors every time, because the other ones are so gross. I feel like every sound echoes in the hallway.” Because students need more privacy, they spend their class-time walking across the school to the bathrooms with doors. While this may seem excessive, the issue is what’s causing people to waste classroom time for comfort and privacy. More than half of the students that were polled said that they have made the extra effort to go to the bathrooms with doors.

85% said that they thought there was a privacy issue with the bathrooms. 70% were girls, and 30% were boys. Yet contrary to this ratio, 16% of students that said there were no privacy issues, but only 3 were girls. These numbers are shocking, to know that 85% of students are uncomfortable using the bathroom in their learning enviroments- places supposed to be safe and secure for students. These statistics show that girls especially struggle with the openness of the bathrooms.

Something else that should be addressed, is student safety. In the past, there have been problems with kids taking too much time in the bathrooms- this is a reason why some teachers and facility support our bathrooms with minimal privacy. Also, it has been known for students to bring drugs and alcohol into the bathrooms, or act inappropriately when given the chance of privacy. However, when you look at the bigger picture, the good that would come with more private bathrooms outweighs the potential negatives.

Overall, the bathrooms need to be changed. 85% of students said that they had a problem with the conditions. If there was more privacy in the bathroom, then so many problems would be solved. Comfort and privacy would change so much in the school. Therefore, if Landrum just invested a little time and a little money to improve the conditions of bathrooms school-wide, many things would change for the better.