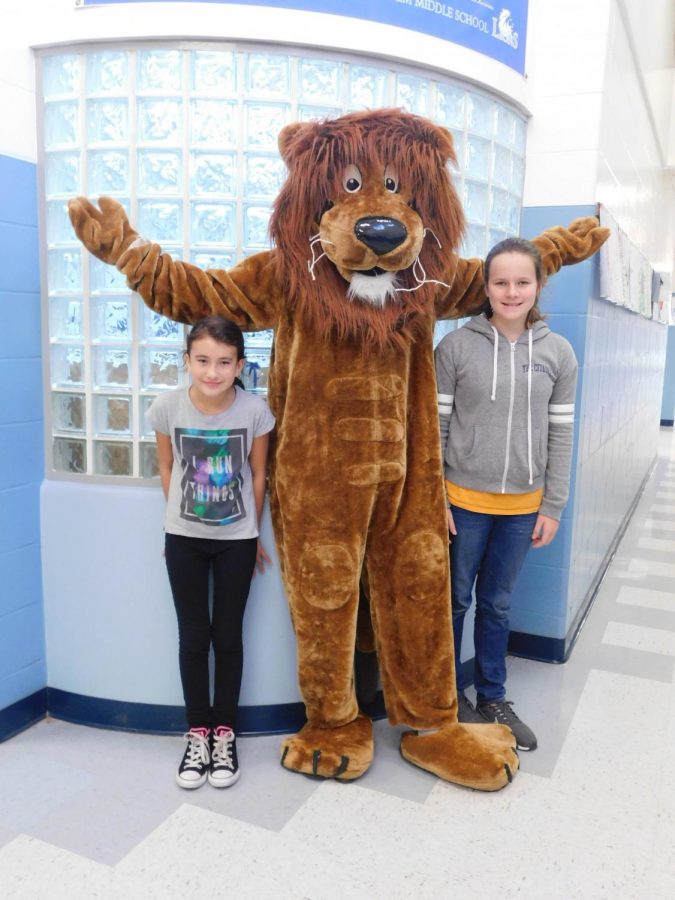 Our school mascot goes to sports, special events, and now even your classrooms! Did the lion come into your room? Our school mascot has been walking into rooms to see what is happening. We had many different reactions from students when the mascot walked into their classroom. Even our own classroom journalism was surprised to see the costume in their room.

Many students that saw the mascot costume did ask “Can I try the head on?” or “Isn’t it hot in there?’’ and even “How many people have been in that?” From Mr. Pecks class Ben Black said it was exciting and “made his day.” For Ryan Yang and Ryan Ward it was, “Surprising and unexpected.’’ Ricky Circelli claimed, “I was confused on why there was a lion in the class.’’ Mrs. Cole’s room could not hold in their excitement. Almost the whole class asking, “What’s the name?” Many kids believe the lions name is Leo. Moreover, most of the staff does not even think the school named the lion. Our school Landrum Middle actually has two mascots our older mascot looked more realistic but some kids may call it “scary.” The newer mascot is more of a cartoon lion and most of the students in our school prefer it better. The lion decided to walk into Mr. McBride’s classroom and the reaction was very different then what we expected.  Mr. McBride’s class could not believe that the mascot had just walked into their classroom. Questions race from “What’s the lion’s name?” to “Who’s under the head?” and even “We have a mascot?” Furthermore, the Drama class reactions was very different from the others. Once the lion walked into the drama class, the room had filled with excitement. Students ran up and piled by our mascot to give the mascot high fives, hugs, and even wanted to take pictures with the mascot. However, some students did decide to attempt to take the head off our mascot and uncover who was below. Which, was successful…In the Gymnasium, you could sense the feeling of confusion. Some students stopped to look at the lion, others kept on playing their normal game of basketball.  While walking by Mrs. McBride’s classroom we had a student come out and ask us if the lion could come into their classroom the room filled with excitement and some confusion.