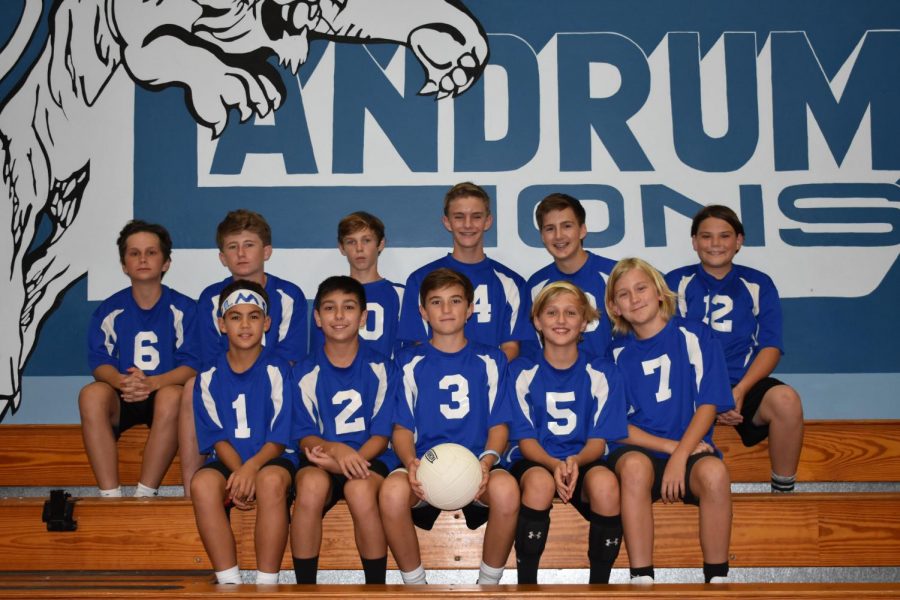 Will Corbett and Andrew Sledzik 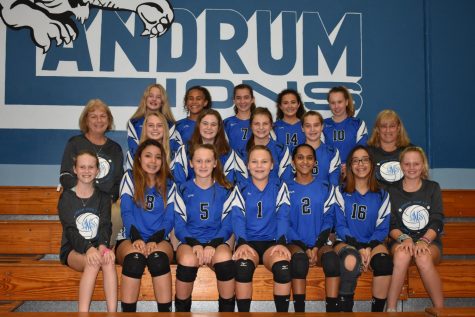 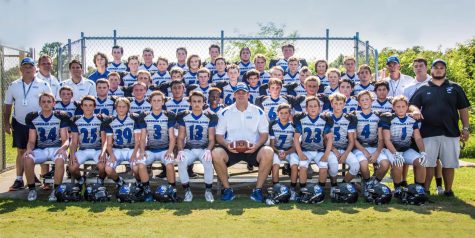 For the first time, Landrum won the championship for the boys and girls. In previous years the girls and boys have made the playoffs. For the past four years, the girls have came out of the championship with a Win, but the boys haven’t until this year. Going into this year, the girl’s team was going be better than ever with mostly 8th graders, and a few 7th graders and most of them have played volleyball previously. For the boys at tryouts only 15 kids showed up, and only 12 made it. With just three kids who had played volleyball before this team was going to have worked hard to become a championship team. Even though the team didn’t have volleyball players, they were mostly athletes playing sports previously. This team also had an addition of 2 kids taller than average Cael Thompson and walker angel. Cael Thompson ended up being one of the best players on the team, but Walker missed the first three games and a bunch of practices while he was hunting with his family. After intense training and good practice, the team was ready for their first game. The Boys team was run by Coach Hogan and Coach Addie. Addie had previously played volleyball for UNF. The Girls team was run by Coach Jansen. Every girl we interviewed on the volleyball how they liked being coached by Coach Jansen was the same “yes.” “they had to run 15 laps around the gym did 50 pushups and 20 burpees,” said 8th grader Roman Destella. The boys were super hyped for their first game against the Valley Ridge. They had multiple boys that have been playing for many years, but Merritt Crowe and big man Cael Thompson were playing great, but it wasn’t enough the boy’s team fell short in set 3 of the first game. On the other hand, the girl’s team strolled through valley ridge very quickly in game one by beating them bad in both sets. The rest of the season sailed smoothly for the lionesses, they only had one game that went into set 3, and they won. All the girls said that Pacetti bay was their favorite team to play, cause they had a lot of girls that play club volleyball. For the boys, they played good, besides the many thrillers in set 3 this year. The final game of the year was unpredictable they lost to Swiss Point in 2 sets. After their final away game every year if their good on the bus rides they get to visit Wendy’s in Nocatee. The boys created a new challenge for the all the upcoming boys called the “50 nugget challenge” said will Corbett, Andrew Sledzik, and Roman Destella. Only Andrew Sledzik and Walker Angell completed the challenge. All the girls order a burger or 10 counts of nuggets with medium fries and a medium frosty. Now to the playoffs on Saturday morning at Pacetti bay, the girls played Pacetti bay and beat them to get into the championship. Then they played fruit cove for the trophy the defeated them in 2 sets, but those two sets were long and required many comebacks and great serves. Then the boys were facing the chance to be the 1st boy’s team to win a championship for Landrum. The first game they rolled over Sebastian in 2 sets with very few mistakes. The lions face Pacetti bay in the championship game set 1 they lost by 7, then set 2 they won by 3 with a great hit from will Corbett, Then set 3 was great intense hits from Cael Thompson and Merritt Crowe they won the trophy. Then the girls rushed the court, and the coaches were screaming finally. In the end, the boys and lady lions capped off a great season with both trophies.