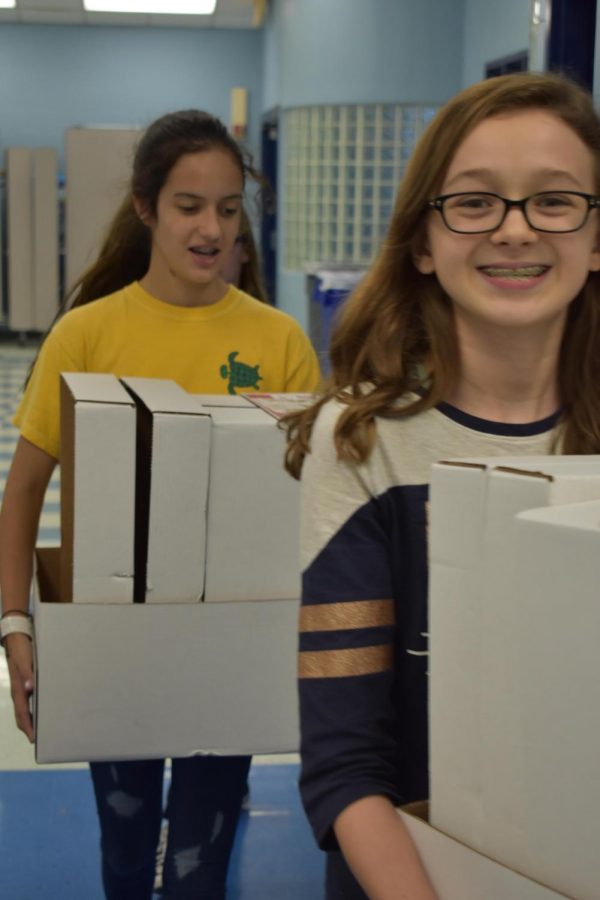 “To make others aware of the needs of our neighbors and to have a ‘servant’s mentality’ in order to provide help physically through service projects and financially through fundraisers.” This year Landrum Middle School’s I.M.P.A.C.T. club celebrates their tenth year of serving our community.

The I.M.P.A.C.T club was formed by Dean Anthony in 2008 with the aspiration to create a two-way system in which students can help other people and feel good about themselves afterwards. The Dean expands, “When students get a chance to help people in our community, the feeling they get from the experience is priceless; it can make their days.”

Since then, I.M.P.A.C.T. has grown tremendously. During the first couple years of I.M.P.A.C.T., there were only one or two fundraiser events held at our school each year, one of the only being the cancer walk. As a result of the few collections, the I.M.P.A.C.T. club only accumulated approximately ten thousand dollars less than they do currently.  Now, Landrum can compare that to over eight major charity drives throughout the year, raising around an impressive $17,000 per year. Some of which have just been introduced to the I.M.P.A.C.T. club.

In particular, the Joshua Frase foundation was just recently added to the list of organizations supported at the yearly Walk of Remembrance. The JFF works towards finding a cure or treatment for centronuclear and myotubular myopathies and to aid families whose loved ones are affected by these disorders. This year alone, the I.M.P.A.C.T. club has been able to collect over nine thousand dollars for the Joshua Frase foundation and four other associate institutions that partake in the walk.

While many of the I.M.P.A.C.T. club’s charities are planned, some of them are completely unexpected. More often than not, these random collections are put together for emergency relief situations. For instance, I.M.P.A.C.T. has done events after hurricanes and an earthquake. As the Dean puts it, “We answer their call.”

New events at Landrum Middle School have been able to raise substantial amounts of money for our partnering foundations, along with providing many additional opportunities for students to serve their community. Dean Anthony elaborates on the change, “The I.M.P.A.C.T. club has become so much bigger and better than it was in 2008, now we have a lot more fundraisers and partners to work with.”

Eighth grade student and three-year member of the I.M.P.A.C.T. club at Landrum, Josephine Boyle, expounds on her experiences with the club. She describes I.M.P.A.C.T., “It is a great way to spend your time because you get to help others and you get to participate in a lot of fun community service projects.” Some of Josephine’s favorite I.M.P.A.C.T. activities so far this year include making peanut butter and jelly sandwiches for the Homeless Coalition, decorating hand-made seasonal cards for Wolfson’s Children’s Hospital, and wrapping Christmas presents for homeless shelters.

I.M.P.A.C.T. club members, similar to Josephine, are always encouraged to join in on every service opportunity in any way they can help. Even though there are no definite roles in the I.M.P.A.C.T. club, every student has a job. During some I.M.P.A.C.T. meetings, the students will be divided into small groups to assist with different projects, like each station at the Walk of Remembrance, or, the entire club will get together as a whole and carry out the day’s assignment. Other times, the club members will work as individuals to do certain things such as making sandwiches.

Dean Anthony strongly believes that each and every student can make a difference in their area and emphasizes,” Giving out of your heart is a blessing and a great feeling you just can’t buy, but it is something that everyone can do.” This year marks a huge milestone for the I.M.P.A.C.T. club, but they still have a lot of goals in sight for the future.