The Possibilities and Potential Perils of Artificial Intelligence 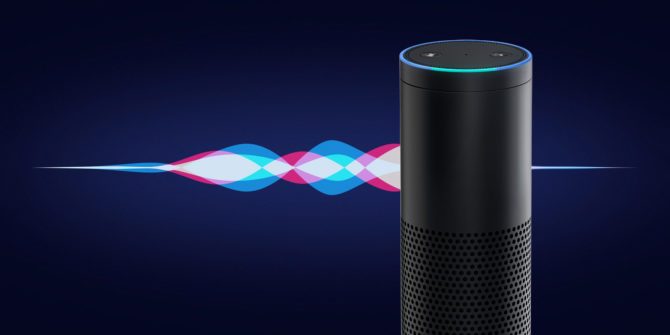 Amazon’s Echo Dot is a voice-driven technology whose price ranges from 40 to 230 dollars. Artificial Intelligence can help with “music, ingredients for cooking, and shopping.” Even though the systems offer benefits and efficiencies, some say that they might be listening in a little too closely. There have been multiple reports of Alexa recording conversations without the owners consent according to Fox News. Because Artificial Intelligence has grown over the years, Alexa has been becoming more engaged by tone, the different voices, and memory.  Artificial Intelligence builds on previous conversation; whether from ten minutes or a couple weeks ago, the devices can recall any words or phrases spoken- meaning it remembers anything you say and stashes it away for future conversations. In fact, Circa News reports that it is almost eerie how Artificial Intelligence device, Alexa listens for her name so she can answer it. Alexa doesn’t just start listening when she hears her name- because she is a device, she must be listening to hear her name, causing her to record everything she hears when activated- even when the owners are not aware. Many believe that Artificial Intelligence devices violate people’s privacy.

Alexa also observes its users’ actions. When Alexa believes she has detected a pattern such as a person turning off the lights before going to bed, she will remind you to do it and offer to fix the problem herself. Alexa can even help you figure out something you’ve forgotten and sometimes, she can correctly guess what you are thinking! However, some say it is a little strange having an electronic machine manage a person’s everyday tasks such as making grocery lists, getting instructions for a new recipe, finding a new restaurant, or even making to-do lists. Artificail Intelligence like Alexa can perfrom various household tasks.

Yet, despite the controversies of privacy infringement and over-relying on electronics, Artificial Intelligence promotes immense innovation and promises incredible opportunity. Amazon’s Alexa and sister product, “Ask My Class” enables teachers to give students opportunities to “solve problems, manage emotions and communicate.” according to eschoolnews.com. Not only is Alexa used for “playing music, creating shopping list, or jokes,” but she is commonly used for schools around the country.

Due to all the unique benefits Artifical Intelligence, the market of electronic assistantance is booming. In fact, website, techcrunch.com even reports Amazon sold about 20 million Alexas over 2017’s Black Friday weekend alone! Both the popularity and profit of these devices is the not expected to slow down anytime soon, as ubs.com states, “AI revenues are expected to grow by 20% by 2020!” Artificial Intelligence has been rapidly growing throughout the years and has begun to integrate many peoples into everyday lives.

Artificial Intelligence is a somewhat untapped resource that could be use to change the world and improve the everyday lives of people as well as create more efficient routines. Even in it’s early stages, AI helps increase human creativity and will most likely be used regularly in the future.