So You Want to Play Professional Sports? 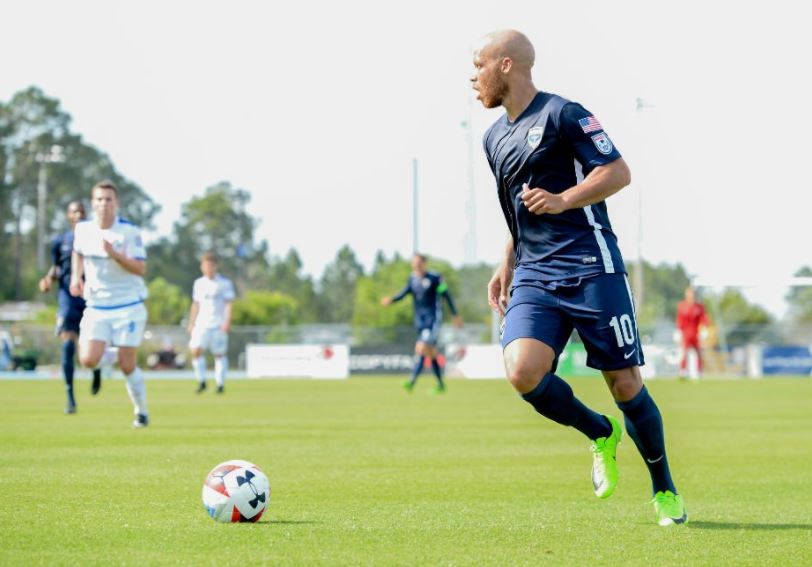 From humble beginnings in Milwaukee to a strong showing in professional soccer, J.C. Banks’s career was never one that was simply handed to him. Banks has never stopped persevering and giving his all, which landed him in a starting role at Jacksonville Armada FC, the pro soccer club here in northeast Florida, in early 2017. Since then, he has been a true playmaker for the Armada and a beneficial addition to the team. But, how did Banks reach such a high level, and what could the future hold?

Jimmy “J.C.” Banks was born on August 24, 1989, in Milwaukee, Wisconsin. It was here that his passion for soccer was ignited, heavily influenced by his family. “My dad played soccer professionally and my brother also played soccer, so I didn’t really have much of a choice growing up,” Banks explained. “Soccer is a pretty big thing in our family.” It was his family that led Banks to professional career in soccer, but a lot of other pieces had to fall into place to for Banks’s career to really take off.

Of all of the teams that J.C. was a member of, he says that the most valuable to him was “Simba’s FC”, a rare find in inner-city Milwaukee, especially while he was growing up. Banks says, “A lot of kids may have not received opportunities like travelling and earning scholarships to college…That’s a rare thing in Milwaukee, so I’m glad I got to be a part of that.” Being a part of Simba’s FC was a pivotal event in Banks’s life, and he may not have been able to go professional in his soccer career, or have a career at all! In sum, the earliest club J.C. was a part of, even though it was a youth association, was the most important to him in starting his career on the right foot.

While his career was growing, Banks was faced with multiple obstacles, and needed to make tough decisions. Luckily, his father, who had a plethora of experience in professional soccer, was able to help Banks establish a successful career. “The main thing I learned…from my dad is that you will have to sacrifice things off the field in order to benefit your career,” J.C. said. His father also taught J.C. to be as opportunistic as possible, which helped him reach new heights in his career in the future.

However, among all of his success, Banks feels he is at the twilight of his professional soccer career. The environment of the Armada is great for growth to higher leagues like the MLS, but Banks says he has other plans. “Playing for the Armada could be a stepping stone depending on your goals. If I was younger, the goal would be MLS, but now, it could be a stepping stone for coaching when I retire,” Banks explains. So, even if he is not the one playing the game, J.C. will not be leaving soccer for a long time, if his plans follow through.

In conclusion, J.C. Banks has had an extremely successful career in professional soccer, even though he started very small. His success is largely based on hard work and seizing opportunities when they show themselves. However, the most important thing that Banks had learned in his career is, “…to put in as much focus and effort into school as you do in soccer,” he says. An important thing to remember, in all careers, no matter how different. So, what is the secret to success? According to Banks, hard work, being opportunistic, and putting focus into school.